A group of beekeeping groups has filed a challenge against the Environmental Protection Agency over its approval of the pesticide sulfoxaflor, which is highly toxic to honeybees.

Sulfoxaflor, marketed by Dow Chemical under the brand names Closer and Transform, is a neonicotinoid but it belongs to a different subclass than the widely used imadicloprid. 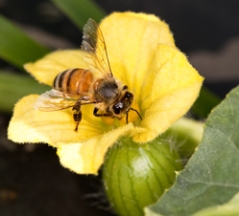 The groups have said the pesticide poses a threat to not just honeybees but other pollinators, and that the EPA violated the Federal Insecticide, Fungicide and Rodenticide Act in registering the insecticide, according to a news release.

They also claim that the tests conducted by Dow as part of the registration didn’t accurately measure the chemical’s effects on pollinators.

The suit was filed in the Court of Appeals for the Ninth Circuit in San Francisco.