Posted on January 1, 2014 by Wasps destroyed

WESTERN KENTUCKY (1/1/14) — Honeybees produce a miraculous rich golden liquid that is not only delicious but can be used as an alternative to white sugar. In addition, research has found that the composition of  honey can be used to help with reducing seasonal allergies, as an antimicrobial agent, an antioxidant and, perhaps, in losing weight.

The fascinating process of making honey begins when honeybees feast on flowers, where they collect nectar in their mouths that mixes in with special enzymes in their saliva. That, in turn,   turns nectar into honey. The bees then carry the honey back to the hive where they deposit the honey into cells on the walls of the hive. The fluttering of their wings provides ventilation to help reduce the moisture that makes it ready for consumption. 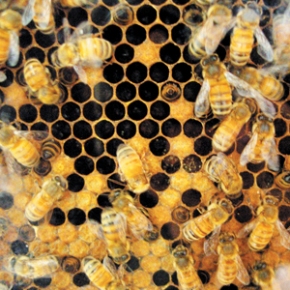 According to the North Dallas Honey Company, some seasonal allergy suffers have found relief in raw honey. In studies, it has shown that raw honey has the potential to help clear and ease allergies triggered by pollen. Raw honey contains natural vitamins, enzymes and antioxidants. It also has anti-viral, anti-fungal and anti-bacterial properties that help promote the body and digestive system, strengthens the immune system,  and is an excellent remedy for skin wounds and different types of infections.

“Honey can benefit certain people, not everyone, but certain people,” said Larry Stone, president of Audubon Beekeepers Association. “It’s like taking certain medicines. How it affects one person may not affect another person the same way. That goes for honey, too.”

Raw honey naturally contains traces of pollen, which exposes allergy sufferers to the substance that might otherwise cause flare-ups. Yet, with a little honey a day, it can help with desensitizing the effects.

“Those who have seasonal allergies may benefit from a little honey a day,” said Stone.  “It can also help with reducing the frequency of coughing.”

Raw honey has also been known to stabilize blood pressure, balance sugar levels, calm nerves, relieve pain and treat ulcers. Raw honey is also an expectorant and anti-inflammatory that has been known to treat respiratory conditions.

Honey has been used for medicinal purposes since ancient Egyptians were making offerings to their gods, they also used it as an embalming fluid when dressing wounds. It wasn’t until the 19th century researchers discovered that honey had the natural quality.

Honey is used as a protectant against damage and has been proven to hamper the growth effect of food-borne pathogens such as E. coli and salmonella. Honey is also known to fight against certain bacteria, including staphylococcus aureus and pseudomonas, which can be found in hospital settings.

It is also important to remember that not all humans can consume honey, if they have an allergy or under the age of 12 months. Due to the spores of the botulism bacteria found in honey, infants do not have the developed immune system to defend against such an infection.

But, not all honey is the same, and depends on how it was harvested in determining the antibacterial quality. Some types of honey may be 100 times more potent than another.

There are different types of honey produced, which in general, the darker the honey, the better antibacterial and antioxidant components it contains.

Research has also shown that adding honey to your diet can burn more fats and increase stamina levels. Honey acts as a fuel to make glucose in the liver, which keeps the brain sugar levels high and forces the release of fat burning hormones. Most people, who struggle to lose weight usually consume too much sugar and processed foods. However, consuming honey before bed, the body begins to burn more fat during the early hours of sleep. When taking a further step by eliminating all sugars and replacing them with honey, it helps rebalance the brain signal that compels one to consume more sweets.

Today, people enjoy the properties of honey for antibacterial and anti-inflammatory uses along with reducing allergies and losing weight. Holistic practitioners consider honey to be an all-around remedy.

“People can use honey as a natural sweetener in their coffee and tea. It is also a great substitute while baking,” said Stone. “It gives food and drinks a better taste, too.”